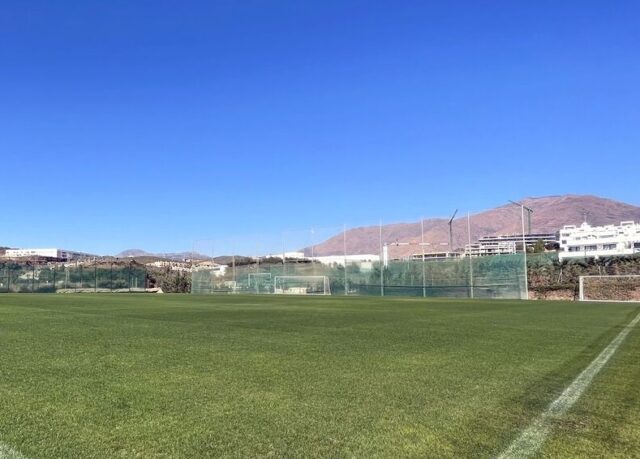 The plans reveal a total of seven football pitches (of various sizes), a green area, a bio-healthy circuit, and space for a car racing circuit. The changing rooms and ancillary facilities such as the multipurpose gym, the warehouse, and the office/reception will also be expanded.

The expansion will also include the creation of an annexed green area, which will be backed by a pedestrian walkway that will run through two areas. The first one will be located further north and will be made up of a bio-healthy circuit. The second, more oriented towards the south, will have a car racing circuit.

Companies interested in presenting their projects may do so through the Public Sector Procurement Platform until 2:00 p.m. on November 22. The company that is awarded the contract will have a 40-year concession and will pay the City Council a minimum fee of 5,000 euros per year.

The contract, which has an estimated value of 4,336,039 euros (VAT included), contemplates, among other conditions, the reservation of 25 days a year for the municipal use of the venue (or its equivalent in hours), in addition to hosting the celebration of four municipal events.

Likewise, with regard to the rental of soccer fields 7 and 11, the successful bidder will apply the public prices that are reflected in the municipal ordinances.

The deputy mayor of the Sociocultural area, Begoña Ortiz, explained that thanks to this action, municipal sports facilities will be expanded in this suburban area. In addition, the start-up of new soccer fields with a synthetic material surface will allow a greater number of hours of play to be offered than natural grass would admit.

In this way, local fans, football associations, and schools can benefit, including summer camps, and professional teams in winter and preseason stages.

The councilor recalled that the City Council is making a commitment to provide important sports facilities to the municipality with the execution of projects such as the Permanent Fair, Sports, and Leisure Park, which has seven hectares of surface and brings together a total of 23 sports courts for practicing exercise in the open air, throughout the year and free of charge. It has also highlighted the Athletics Stadium, approved for official competitions, and in which running, jumping, and throwing activities can be carried out, in addition to including a soccer field and two 7-a-side soccer fields, allowing for great versatility of uses.

Begoña Ortiz has declared that the City Council continues to work to keep all these facilities in good condition and has announced that new sports spaces will continue to be added for the enjoyment of the residents, as is the case of the climbing wall projected in the Fair and Sports Park.

For those reading this article from abroad, Estepona is a resort town on the Costa del Sol in southern Spain, and is part of the region of Andalucia.