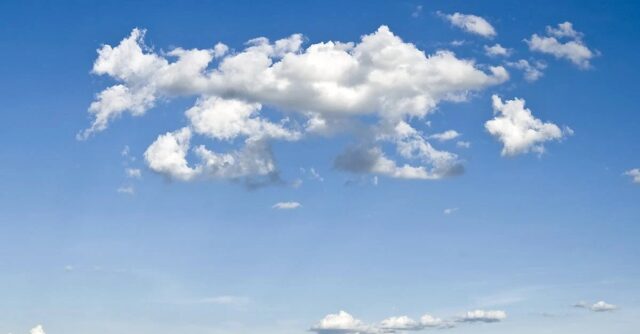 The Spanish meteorological agency, Aemet, has given its forecast for the weekend weather across the festive period

The Christmas weekend weather in Spain has been forecast by AEMET to have very little rain with temperatures ‘higher than normal’.

Ruben del campo, a spokesman for AEMET, the State Meteorological Agency, said that the Christmas weekend will see stable weather, rainfall will be limited with temperatures as much as five degrees higher than normal.

The weather expert added that “A cold start to Christmas is not expected”, with large areas of the country reaching 24 and even 25°C in the central hours of the day in the southeast and the Mediterranean.

The weather forecast for the next few days is quite surprising, starting with the more than 20ºC that was registered yesterday in provinces such as Cádiz, Huelva, Seville, Alicante, Valencia, Granada, Málaga, Valencia, Gipuzkoa, and Cantabria, in addition to the island of Majorca.

There are areas in which it is even expected to reach the maximum values ​​of those measured so far in the month of December, so it will be one of the Christmases with the most pleasant temperatures historically, although not in the entire country.

It is curious that it seems that what happened last year is repeating itself, when the year ended with spring temperatures that are now going to be repeated again, and that are surprising, being just the beginning of winter and when the coldest is expected. In fact, today it is expected to exceed 20ºC in some parts of the east, the Balearic Islands, Andalucia, and the Canary Islands, where it can even reach 25ºC.

Work begins on the €4.2 million La Siesta park in Torrevieja