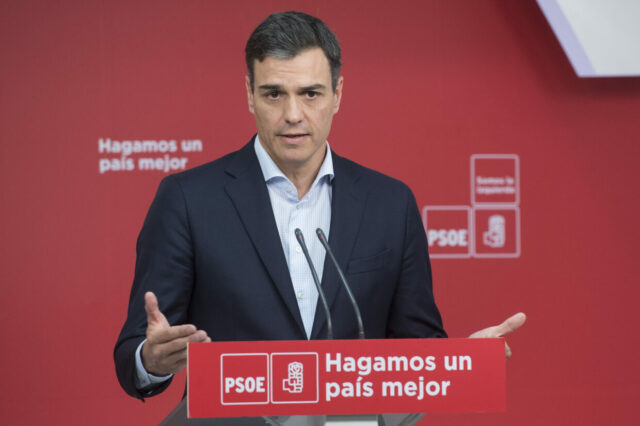 Ever wondered what you can do to help reduce global warming? Use your car less? Install solar panels? Live under a rock?

Well this week, Spanish Prime Minister Pedro Sanchez has come up with his own idea….ditch wearing a tie at work! The sometimes controversial PM has called on office workers to ditch their neckties. In a press conference, Sanchez could be seen wearing an open white shirt and pointed to the fact that amid huge rising prices of electricity and the looming gas crisis across the European Union following Russias invasion of Ukraine, we should prioritise our efforts towards reducing air conditioning around the office over looking sharp for work.

“I would like you to see that I am not wearing a tie,” Sanchez said at his news conference in Madrid.

Sanchez, who admittedly did keep his suit jacket on, went on to say that the extra bit of comfort afforded by not having a restricting garment around the neck could conserve energy if less air conditioning is utilized.
“This means that we can all save energy,” Sanchez said.

What else has Sanchez done to conserve energy?

It wasn’t just the public Sanchez encouraged to stop wearing ties, it is reported that he had asked all ministers in his government and public officials to stop wearing ties. He hoped the private sector would untie itself from similar expectations in the dress code.

Following similar pledges from other EU members, Spain’s government is set to follow up with “urgent” measures in an attempt to save on energy “in line with would our partners across Europe are already doing” starting from Monday (1 aug), according to Sanchez.

Spain has encouraged remote work and implemented curbs on air conditioning in offices in summer and heat in the winter.

Spains commitment to resolving the ‘energy crisis’ that looks set to engulf the nation goes beyond just taking your tie off at work. Last month, Spain passed a relief package worth over €9 billion that included lower electricity taxes and a one-time payment of €200 for low-income individuals.

Sanchez declared Spains new energy-saving plan would be introduced next week, although he didn’t give much detail on how exactly that would look

Why the sudden urgency?

Well as we are by now all surely aware, On February 24, Russia invaded Ukraine and the European Union immediately responded with a host of sanctions from banking to the long term reliance on Russia for its supply of Gas, specifically openly discussing the eventual closure of the Nord Stream 1 pipeline that connect Russian gas with the EU. In response, Russia has responded by constricting gas supplies by the Nord Stream 1 pipeline, this week confirming yet another restriction for maintenance an repairs. Germany says are unnecessary.

This news from Russia leaves many EU nations facing yet more worry and financial woe as Russia begins to dramatically decrease or halt the flow of gas to the European Union completely.

Are there any other measures being taken to help EU and Spanish citizens?

According to various sources, in an attempt to ease the burden on their citizens, the EU announced the following measures In mid-May,

a €210 billion plan to boost renewables and reduce energy consumption.
An agreement “to reduce their gas demand by 15% compared to their average consumption in the past five years, between 1 August 2022 and 31 March 2023, with measures of their own choice.”

Due to theIr previous position as the ‘hub’ of European gas supply, Germany, is set to be among the countries hardest hit by Russian energy supply cutoffs, has seen an array of measures being introduced.

Count yourself lucky you live in Spain not Germany, where the northern city of Hanover are set be be doomed with a period of cold showers and unheated swimming pools !