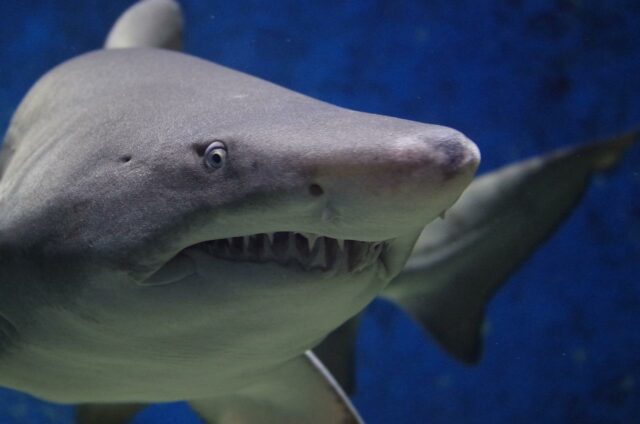 Sharks are the most feared creatures of the sea, and the Spanish coasts are not spared from their presence.

Sharks are undesirable guests who, on various occasions, appear on the beaches and frighten both tourist and locals. Movies and news from pacific coats have created an image of the shark, as an aggressive and blood-thirsty animal with a taste for human flesh.

But it is really like that? And how many people have actually been attacked by sharks at the Spanish coasts?

There are more than 50 different species of sharks cataloged on our coasts. In Spain, it is more common to find them in the Cantabrian Sea and the Atlantic Ocean as their waters are colder. But the waters of the Mediterranean are also a good habitat for sharks, although the last recorded deadly attack was in 1989 and occurred in Italy.

Dogfish sharks and tope sharks are the two shark types we can find more frequently. Of course, they are much smaller than the ones we see the movies, some do not even measure a meter and are less than three kilos in weight.

In this area, it could also be common to see the peregrine shark, the giant of the Mediterranean, with can become up to ten meters in length.

Sharks, like most other animals, only attacks if they are been disturbed. They are scared by humans and will normally seek to escape if they meet a human in the water. Sharks are not normal at the Spanish coasts as the water is to warm and low, and when they appear it’s normally because they have been pushed in by strong currents.

It’s actually on very rare occasions, sharks have seemed to want to bite to someone who was bathing on the beach, and fortunately, these mishaps did not have tragic consequences. According to the specialized website International Shark Attack Archives, in Spain there are only three known attacks.

In Tarifa, the first documented bite was produced on March 18, 1986, where a windsurfer was bitten in the foot. The bite was serious and caused the doctors to amputate the foot.

Several years later, the second attack took place. It was in Las Arenas de Valencia, where a doctor was assaulted by a shark about 200 meters from the coast. He made himself a tourniquet and with that, he managed to survive.

The third and, so far, last documented shark attack in Spain, took place in 2012, at the Bay of Biscay. A Basque fisherman was bitten on the arm – an attack that occurred while fishing, but without any serious damage.

So, even we have to be on guard if we see a Shark-look-alike un the water, it actually very rare that we experience shark attacks at the Spanish coasts, so you can continue to enjoy the Spanish beaches without worrying about shark attacks.