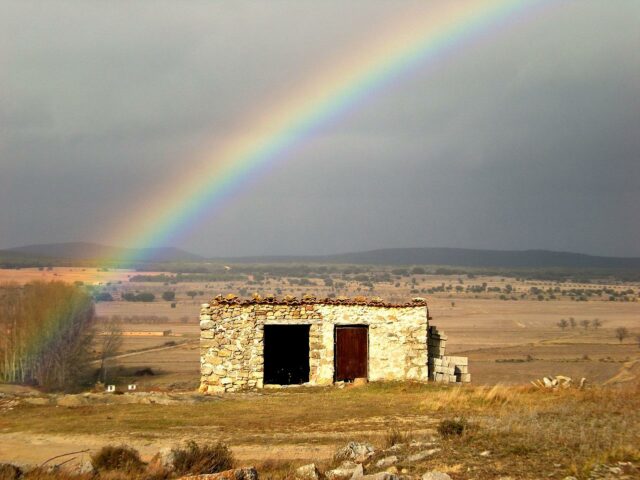 Is it really true?

On those evenings when your brain is exhausted and you can’t fully commit to a box set – there’s only one television option for us. A Place in the Sun – regardless of the fact that we already have a place in the sun, this programme provides us with literally
hours of hilarity.

Where to start? Arguably, the best of these episodes are those middle-aged couples who have managed to get around 75,000 pounds together and have their hearts set on Marbella. I’m not sure what the boundary of their search area is, but 1985 might be a good starting
point.

The camera cuts to Marbella’s glorious mountains, golden sands and palatial mansions – none of which you get near to with seventy-five grand in your pocket. A townhouse, they suggest. Two or three bedrooms. Walking distance to the beach and amenities. At this
point, my partner and I are slapping the dining table in hysterics. Tactfully, the grinning presenter suggests that trying to find something within budget might involve moving slightly away from Marbella (Tangiers perhaps).

And thus follows an agonising 40 minutes or so, while said presenter traipses the holiday hopefuls around various cell blocks which are truthfully, nowhere near Marbella at all. Balconies are important, as almost every couple must be able to visualise themselves
having a coffee on them in the morning before an offer can be made.

When shown a kitchen approximately the size of a telephone box and containing only a plug in grill, they reason that their time in Spain won’t be spent in the apartment anyway, as they’ll be out enjoying the bars and restaurants… which are a 45 minute taxi ride
away. Going out is a good idea though, as they’d probably have to take it in turns sitting on the miniscule balcony to enjoy their evening glass of Rioja.

Upon seeing a swimming pool – literally, any pool at all – sighs of delight emerge and yes, they can definitely see themselves sitting there and absolutely, the grandchildren will love it. Oh but hang on – is that traffic noise?

And somehow, when the expectations are lowered, and with the reality of having a budget which is roughly ten times smaller than what they’d need, it’s time to make an offer. Not just any offer though – a cheeky offer! The apartment is up for 80,000, but let’s
go in with 50k as after all, there’s no air conditioning and we all know that costs in excess of 20,000 euros to install. Not. Invariably, the vendor, having recovered from choking on his Pacharán, politely declines and says he’ll come down a couple of thousand,
but no further offers.

And our couple, astonished that their ‘cheeky offer’ hasn’t been accepted, decide not to barter any further. They’ll leave their ‘cheeky offer’ on the table, just in case the vendor decides he could do without that extra 30 grand in his pocket. Perhaps they’ll
return to the Costa del Sol/Almeria/Costa Blanca in the Autumn and continue their search. The presenter smiles through gritted teeth, and resists the urge to throw her orange juice over the pair of them. Light entertainment at its best!

The food truck festival is back again

The music festival will return

Break in, in Tivoli World