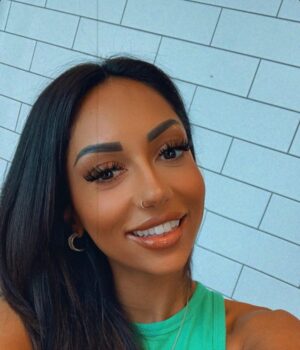 Truss can’t stop hitting the headlines and the BBC’s impartiality is called into question.

The average household energy cap (I think the definition for cap needs to be reviewed) is expected to increase to £3,549 per year in October Ofgem has announced. This is for a household on a dual fuel tariff paying via direct debit and is up from £1,971 where the cap currently sits. But fear not, Chancellor Nadhim Zahawi has been most helpful in giving the advice to ‘cut back on use’, which will aid those of us still in the UK greatly, as the ‘cap’ is set to increase again to over £6,000 from April according to analysts. The government has issued a £400 energy discount to every household, however many, such as Money Saving Expert Martin Lewis, are calling on the government to do more amid fears many could sadly die due to this unprecedented rise.

A joint YouGov and Times poll has found that if Boris Johnson were to be included in the leadership race he would win securing 40% of votes, to Truss’ 28% and Sunak’s 23%. 1,054 Conservative party members were polled, and of these, a majority (53%) thought it wrong that Conservative MPs forced Johnson to resign. Which may help to explain why Truss is ahead in the polls amongst Conservative members, as many see Sunak as a traitor.

Truss has been in the headlines multiple times this week. Once for saying she is ready to push the nuclear button should it be required, this was in response to Putin and the War in Ukraine.  A second time for stating she would not appoint an ethics advisor if she were to be PM as she knows the ‘difference between right and wrong’ (anyone else sensing the irony here)? A third time as it has been discovered that Truss, who was in charge at the Department for Environment, Food and Rural Affairs (Defra) between 2014 and 2016, oversaw cuts (totalling £24m) from a government grant for environmental protection. These protections included surveillance of water companies to prevent the dumping of raw sewage into the sea and waterways, according to the National Audit Office. There have been many videos showing raw sewage flooding into the seas of the UK. Finally, Truss hit the headlines for remarking that the ‘jury was still out’ in response to being asked whether the French President, Emmanuel Macron, was a ‘friend or foe’ of the UK. This being poignant since cooperation with the French government is deemed critical in handling the Channel migrant crisis. On the 22nd August nearly 1,300 migrants crossed The Channel in one day, which is the highest daily total since records began in 2018.

Former BBC journalist Emily Maitlis hit the headlines this week by declaring in a speech, which she gave at the Edinburgh TV Festival, that whilst she worked for the British public service broadcaster there was clear evidence of the news agenda being manipulated by the government. She stated that ‘an active agent of the Conservative Party sits on the BBC board’ and that the checks and balances on the executive now appear vulnerable. Maitlis has faced both praise and criticism for her revelations. Head to @thatpoliticsteacher on Instagram or TikTok to see the highlights of her speech.

If this week’s news hasn’t caused you to scream and roll your eyes too much, I’ll be back next week for your weekly roundup of the entertaining world that is UK politics.