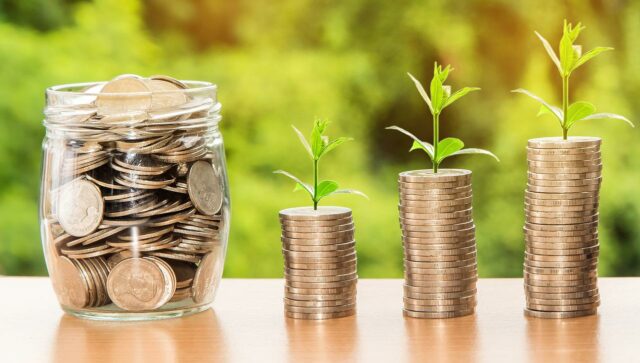 Is the worst now priced in?

This is a reasonable question to ask, with modest recoveries seen in many stock markets in recent weeks, along with reduced volatility. If so, now may be the time to be increasing exposure to risk assets.

At first site, this may appear to be an odd view.

U.S and European business sentiment data continue to deteriorate. Many economists are predicting recession in both regions at the end of this year and early 2023, due to inflation and to central banks’ response to the inflation.

There is no sign of an end to supply disruptions from China, exacerbating shortages and inflation in traded goods around the world. And neither is there any sign of energy and food prices falling to levels seen before Russia’s invasion of Ukraine.

Meanwhile labour markets in much of the developed world remain tight, adding a further dimension to the inflation problem.

The six-to-eighteen-month view
But if we do see a recession in the developed world this winter, an ‘output gap’ (i.e., unemployment), will emerge. This will bring down wage growth and aggregate demand. That should take care of the domestic, demand-driven inflation.

Central banks are engineering such an outcome, hoping that weakening domestic economic activity will compensate for price rises in parts of the economy that it can’t influence (such as imported fuel and food).
Many sovereign bond markets appear confident that inflation will be tackled by the central banks. Long dated bond yields -sensitive to long-term inflation expectations- have not risen, even as July CPI inflation climbed to 9.1% in both the U.S and the U.K, and to 7.6% in Germany.

In short, we may well be seeing the beginning of a new economic cycle this time next year, as inflation rolls over. This will allow central banks to ease on monetary policy. An early indicator will be a pickup in M&A activity, as companies with strong balance sheets swallow up those which don’t.

It is often said that stock markets look six to eighteen months ahead. It may well be that they are starting to price in the start of the next economic cycle. If so, the worst may be over for risk assets.

It is also worth noting that the main stock market indices around the world have become less sensitive to interest rate hikes, as tech and other growth sectors have underperformed value stocks since last November. Value stocks, whether cyclical or defensive, have increased their weighting.

U.K politics and domestic-focused stocks
U.K government policy appears to be entering an idiosyncratic and unpredictable phase in relation to Brexit and tax policies, which may create problems for exports to the E.U and stimulate inflation.

The reason? The two candidates vying to replace Boris Johnson as Prime Minister face demands from the Conservative Party members to be ‘sound’ on Brexit and tax. It is these 160,000 people who will choose the next Prime Minister.

In practice, this means supporting the controversial Northern Ireland Protocol bill through Parliament. The bill unilaterally amends a key part of the Brexit agreement, the E.U has responded to it by threatening to rip up all the Brexit agreements signed in December 2020, if the bill is passed.

Being ‘sound’ also means promising tax cuts. Yet economic history shows that, when an economy is at full employment, tax cuts fuel price rises not increases in output. They are also -by most measures- unaffordable, given the current high debt to GDP and rising interest rate costs.

Of the two candidates, Rishi Sunak – a former Chancellor of the Exchequer- appears less likely to pursue populist measures than his rival, Liz Truss, who is promising immediate tax cuts. And, as foreign secretary and Brexit minister, the Northern Ireland Protocol bill is her creation.

Remain diversified!
Investors should retain a balanced, global portfolio as we ride out a difficult macro-economic environment. This period will pass. And it may be that the worst is behind us, if indeed risk assets have begun pricing in the economic recovery after the coming slowdown.